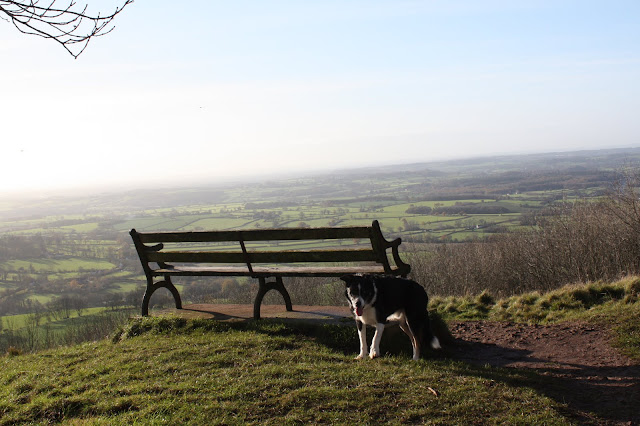 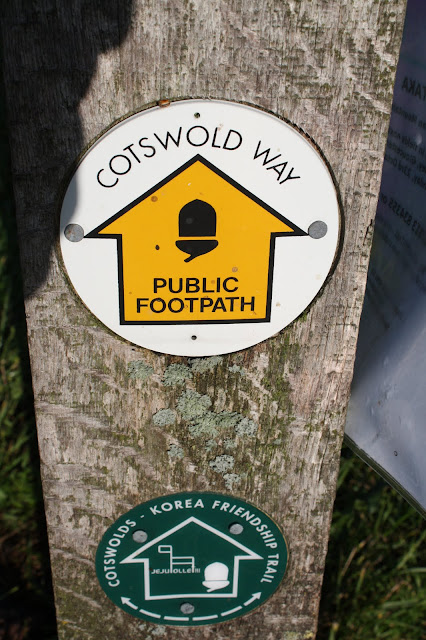 The weather forecast was grim, but we piled on extra layers of thermal clothing and headed for Dursley, Gloucestershire anyway. Nothing was going to stop us walking the newly established Korea friendship Trail that circumnavigates the summit of Stinchcombe Hill.

The Trail, which follows a Cotswold Way three mile circular walk is one of the world's first such trails - and what a first!

This glorious trail, with views to die for, is possibly the most satisfying walk we have ever taken.

The twinning with a Cotswold walk with a similar walk on Jeju Island, off the southwest coast of Korea is a new initiative that came about as a result of the World Trail's conference on Jeju Island, attended by representatives of the Cotswold Way.

Essentially the idea is similar to the twin town's concept which enables people from two similar places, but in different parts of the world, to team up with each other. It is hoped that this idea will soon spread all over the globe.

The Trail is marked as both the Cotswold Way and with signs of the Jeju Ollie, which is known as the "Ganse" and shaped like a Jeju pony which appears on the Korean Trail on the Jeju Island too.

The word Ganse translates to "lazy bones" and for good reason as both trails wind their way through beautiful countryside which should be absorbed at a pace slow enough to embrace all before you and allow you time to fully appreciate the landscape that spreads out into the far distance.

Because there are no stiles to clamber over, and the terrain, whilst undulating, makes for easy walking you will find it compels you to slow down and absorb each breathtaking scene as it presents itself.

Stinchcombe Hill is part of the Cotswold Edge, set on the southern edge of the Escarpment above the Severn valley. It offers magnificant views of the Forest of Dean, the Black Mountains, the Malvern hills, the Bristol Channel and North Devon and acts as a magnificent backdrop for the Gloucestershire market town of Dursley where this lovely walk begins.

A free public car park opposite the award winning Old Spot Inn, Dursley is but a minute's walk from the corner of May Lane and Hill Road. A Cotswold marker post and signs for the Jeju Ollie point you towards a trek up May Lane, and eventually a golf clubhouse. This part of the walk is arduous so if you prefer to start at the top of the hill (as we did) just drive on to the top and use the public car park there.

The rest is so easy very few instructions are needed, as by following the Way signs in a clockwork direction you will be able to follow the Trail easily. Benches are provided along the trail to enable walkers to sit and soak up the views as they present themselves and a stone cabin has been erected at the half way point to provide shelter if the weather turns around.

My beloved Border Collie loved this walk, as there were no livestock to worry about and there were no signs asking us to keep the dog on a lead. There was a moment when a golf ball flew over our heads at a tremendous rate, that frightened him and us, but otherwise this walk is doggie heaven.

On returning to Dursley we all tipped into the Old Spot Inn for a hot beef sandwich and half a pint of real ale. This is one of those traditional boozers which really knows what hospitality is all about. Pythius was made as welcome as we were, the food was great and beer local. Had it not been getting late and dusk was threatening to settle, I am sure we would have settled in for the afternoon and gone on enjoying the intimate atmosphere of this fantastic little pub.